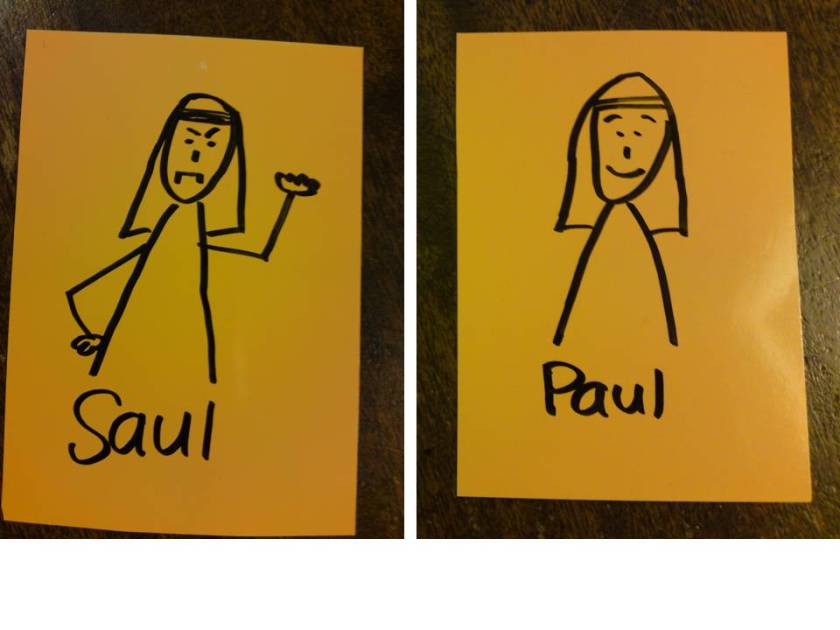 Many Christians are under the impression that Saul changed his name to Paul after his vision of the risen Yeshua on the road to Damascus. As depicted in the picture above, people also equate the name change with a change in personality. This is not supported by either history, Sha’ul’s original letters, or the Book of Acts. Sha’ul’s family were devout Jewish Pharisees, but they were also Roman citizens of the Jewish Diaspora. It was not unusual for people with this type of dual cultural allegiance to use two different names depending on the circumstances. Sha’ul of Tarsus was Paul’s given Jewish name, typical in a family of the tribe of Benjamin. But he would also have had the Roman name of Paulus, a Latinized Saul analogue. Having different names for different cultures was a somewhat common practice during this period of time.

Luke in the Book of Acts uses the name Saul for the first 13 chapters. He then refers to him as Paul for the rest of the book. The name change occurs when Saul is on the island of Cyprus (Acts 13: 9 saying, “But Saul, who was also Paul”) . Note that Luke has Paul having both names, not change of names. Note that the time of Sha’ul’s vision of Yeshua was about AD 34-37; however, he arrived on Cyprus in AD 48, which means that he continued to use the name Saul for possibly as long as fourteen years after his vision. Sha’ul may have used the names interchangeably throughout his life depending on who he was with at the time. Sha’ul for when he was among Jews, and Paul when among gentiles.

There is an excellent detailed article on this topic in “The Good Book Blog” by Gary Manning Jr. A link is provided below….

No matter what name you use, Sha’ul of Tarsus is perhaps the most maligned and misunderstood person in the New Testament. He has been called “the inventor of Christianity”, “the father of anti-Semitism”, “traitor to Judaism”, illogical, irrational, “a man of contradictions”, and a just plain confusing person. Perhaps the largest impediment to understanding Sha’ul’s letters and his message centers around a common misguided understanding of how he came to develop that message (Sha’ul’s  Gospel).

In Sha’ul’s own words what he received was an ecstatic vision of Yeshua as the Essene Messiah:

Galatians 1:11-17, For I want you to know, brothers and sisters, that the gospel that was proclaimed by me is not of human origin; for I did not receive it from a human source, nor was I taught it, but I received it through a revelation of Jesus Christ. You have heard, no doubt, of my earlier life in Judaism. I was violently persecuting the church of God and was trying to destroy it. I, advanced in Judaism beyond many among my people of the same age, for I was far more zealous for the traditions of my ancestors. But when God, who had set me apart before I was born and called me through his grace, was pleased to reveal his Son to me, so that I might proclaim him among the Gentiles, I did not confer with any human being, nor did I go up to Jerusalem to those who were already apostles before me, but I went away at once into Arabia, and afterwards I returned to Damascus. 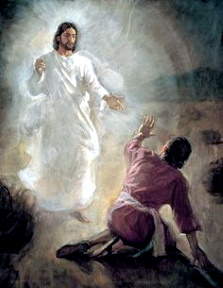 Galatians 2:2, I went up in response to a revelation. Then I laid before them (though only in a private meeting with the acknowledged leaders) the gospel that I proclaim among the Gentiles, in order to make sure that I was not running, or had not run, in vain.

Why is it misleading to refer to this incident as a “conversion? Because Sha’ul continued to be a zealous Pharisee for the remainder of his life. In addition, Christianity did not exist at the time and it would not come into existence until well after Sha’ul’s death. What did exist at the time was the “Yeshua Movement” led by Ya’akov (James) with other members of Yeshua’s family, the disciples, and other Jewish followers of Jesus who acknowledged him as the Messiah and teacher. As such this movement was basically a sect among many other sects within Judaism. Yeshua, his family, the disciples, his followers, and Sha’ul were all Jews operating within Second Temple Judaism. So at the time there was not a Christian religion to convert to. The people Sha’ul says he was “violently persecuting” was not a church, as we know the term today. The Greek word commonly translated here as “church”, ecclesia, meant only a group of people that “met for a purpose”. In other words the Yeshua Movement sect. Over time the term did come to mean “The Christian Church”, but it did not mean this during Sha’ul’s time.

The reference to a vision of The Third Heaven comes from the Book of Enoch and is a reference to the Realm of God populated by a number of heavenly beings. 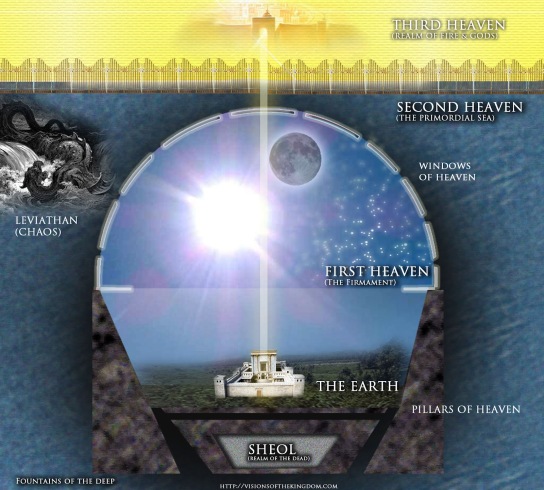 In the above quote from Second Corinthians Sha’ul uses the plural form to describe his visionary encounters with Yeshua. He claimed throughout his authentic letters to have experienced many revelations, including direct voice communications from Yeshua. This Yeshua was not a resuscitated, bodily Yeshua, but the glorified, mystical, spiritual essence of Yeshua. He also relates an ascent to the highest level of heaven (the Third Heaven) where he entered “paradise” and heard “things unutterable”. These revelatory “Yeshua visions” instructed Sha’ul on the basic theological tenants for the inclusion of Gentiles into the Kingdom of God. The use of the term Third Heaven indicates the uniqueness of these deep mystical experiences. Sha’ul is insistent that he received his gospel from no earthly human source, including the teachings of the earthly Yeshua. What is commonly viewed as Sha’ul’s conversion was, in his own words, an ecstatic vision, or series of visions, of the heavenly realms and of the resurrected Yeshua, who commissions him to preach to the Gentiles. In this Sha’ul accepts Yeshua as the True Essene Messiah who will usher in the Kingdom of God for all people. This is Sha’ul’s “conversion” of belief into Yeshua as the Messiah.

Taking Judaism to the gentiles is not all that radical a commission, since Jews regularly accepted gentile adherents whom they referred to as God Fearers. These new people of God were not required to follow Mosaic Law or be circumcised. They were regular participants at the Temple or synagogue and they were only required to worship the one God of Israel and follow a Godly lifestyle.

Sha’ul’s letters are written to Gentile groups, dealing with Gentile problems concerning the Torah and inclusion in Jewish life. These were questions surrounding the adoption of the Torah and circumcision to receive full citizenship in the People of God. It is remarkable that in the endless discussion of Sha’ul’s understanding of the law, few ask what a first century Jew would have thought of that law as it relates to Gentiles. Any comment like, “How could a Jew like Paul say (fill in the blank) about the law,” is not seeing Paul in context to his own stated mission. In all likelihood Paul, the apostle to the Gentiles, is not speaking about the law as it relates to Israel, but only about the law and how it relates to Gentile members of the new Yeshua Movement.

In other words, Sha’ul envisioned two separate, mutually exclusive paths to salvation provided by God, the Torah and the traditional covenant of Moses for the Jews and the new covenant and Torah of Christ for the Gentiles.